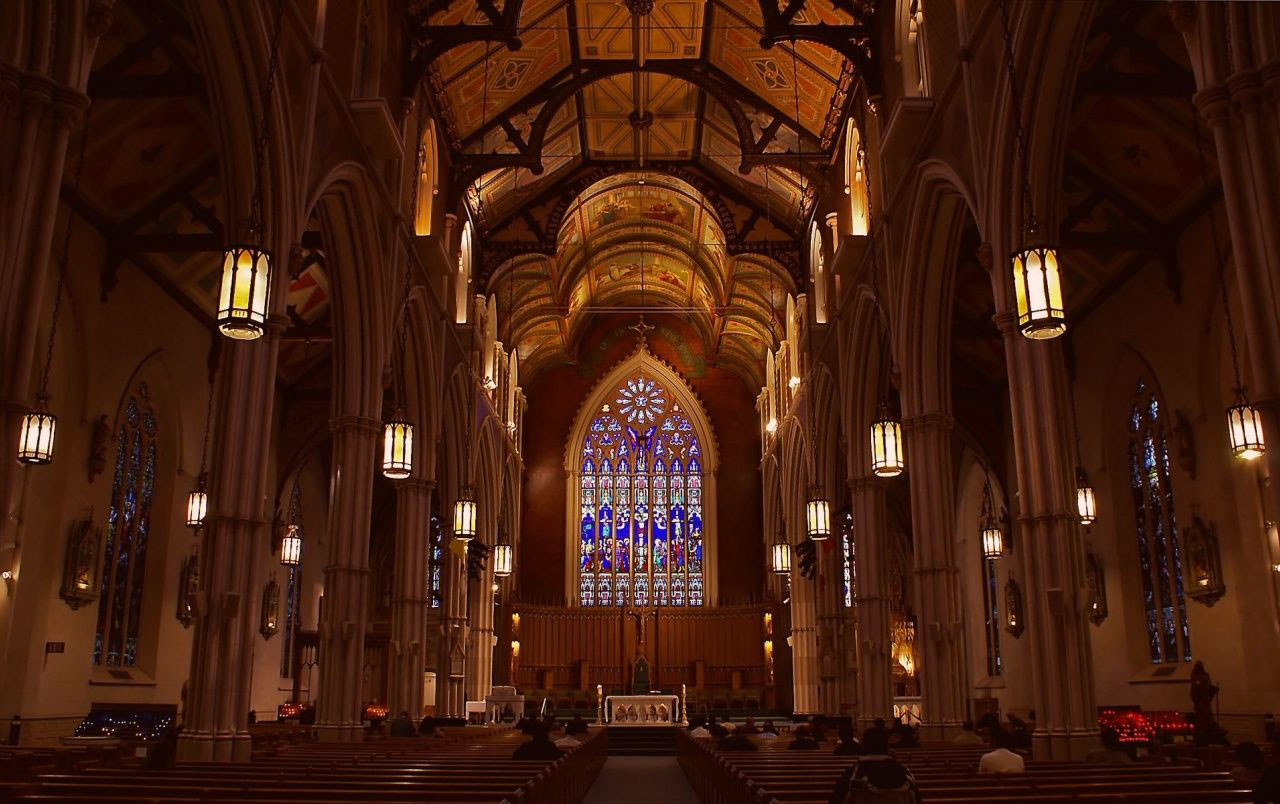 An excerpt…
17. Therefore, there exists a single Church of Christ, which subsists in the Catholic Church, governed by the Successor of Peter and by the Bishops in communion with him. The Churches which, while not existing in perfect communion with the (Roman) Catholic Church, remain united to her by means of the closest bonds, that is, by apostolic succession and a valid Eucharist, are true particular Churches. Therefore, the Church of Christ is present and operative also in these Churches, even though they lack full communion with the (Roman) Catholic Church..    -From the Vatican, August 6, 2000

[1] When a Catholic sacred minister is unavailable and there is urgent spiritual necessity, Catholics may receive the Eucharist, penance, or anointing from sacred ministers of non-Catholic denomination whose holy orders are considered valid by the Catholic Church. This includes all Eastern Orthodox priests, as well as priests of the Old Catholic or Polish National Church. Rights and Responsibilities, A Catholics Guide to the New Code of Canon Law, Thomas P. Doyle, O.P., page 44.
[2] A validly consecrated bishop can validly confer all orders from the minor orders to the episcopate inclusively… For this reason the ordinations performed by the bishops of the Old Catholics are consider valid. A Practical Commentary on the Code of Canon Law, revised and enlarged edition, by Rev. Stanislaw Woywod, OFM, LLB. Vol. 1, Sec. 881 P. 558.
[3] They [Old Catholics] have received valid orders. Roman Catholic Dictionary, by Addison Arnold.
[4] The Old Catholic Church has received valid episcopal consecration, Christian Denominations, by Rev. Konrad Algemissen.
[5] Their [Old Catholic] Orders and Sacraments are valid. A Catholic Dictionary, by Donald Attwater.
[6] The Far East Magazine of June, 1928, published by the Saint Columban Fathers of St. Columbans, Nebraska, in reply to any inquiry about the Old Catholic Church, published the reply that:.. These [Old Catholics] Orders are valid.
[7] The Roman Church recognizes the validity of Old Catholic Orders and other Sacraments. 1974 Catholic Almanac, by Felician A. Roy, OFM, page 368. Our Sunday Visitor.
[8] We have no reason to doubt that the Old Catholic Orders are valid. The Apostolic Succession does not depend on obedience to the See of Peter but rather on the objective line of succession from Apostolic sources, the proper matter and form, and the proper intention; likewise Old Catholic bishops are bishops in Apostolic Succession… The Old Catholics, like the Orthodox, posses a valid priesthood. Separated Brethren, William J.
Whalen, pp. 204, 248.
[9] (Apostolicae Curae) Whenever there is no appearance of simulation on the part of the minister, the validity of
the sacrament is sufficiently certain
[10] Every validly consecrated bishop, including heretical, schismatic, simonistic or excommunicated
bishops, can validly dispense the Sacrament of Order, provided that he has the requisite intention, and follows the essential external rite (set. Certa). Cf. D 855, 860; CIC 2372. 1952 Fundamentals of Catholic Dogma by Dr. Ludwig Ott, pp. 456.
[These sources were printed with the imprimatur of various Roman Catholic Bishops]
Catholic Almanac – 1974
The Roman Church recognizes the validity of Old Catholic Orders and other Sacraments.
(Foy, Felician A., O.F.M. Catholic Almanac. Indiana: Our Sunday Visitor, 1974.)